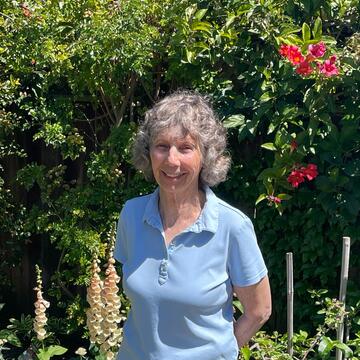 Esti Skloot taught Modern Hebrew at USF from 1997 through 2019. She received her teaching credentials from the Hebrew Teachers' Seminary and taught at Ulpan Etzion, both located in Jerusalem. She later received a BA in Music from Sonoma State University and an MFA in Creative Writing from the University of San Francisco.

In 2019, upon her retirement, Esti received the prestigious USF College Service. When she began at USF, in 1997, she was the university's first Hebrew language instructor. In 1998, along with previous Swig Program Director, Professor Andrew Heinze, she co-founded "Ulpan San Francisco" (now called "Hebrew San Francisco: Ulpan").This intensive three-week, multi-level Hebrew-immersion program is the longest running U.S.-based Hebrew language summer course in the country. From 1998 through 2016, she directed this program, creating the overall curriculum, supervising the teachers, and participating as an instructor.

Outside of USF, Esti has taught Modern and Biblical Hebrew in the San Francisco Bay area for over thirty years at numerous venues, including Lehrhaus Judaica, University of California, Berkeley, and San Francisco State University.

In September 2019 she published an autobiography, Uprooted: A Memoir of a Marriage