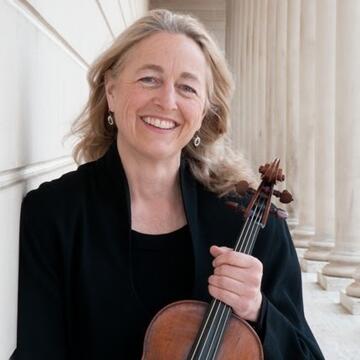 Daria D'Andrea performs across stylistic boundaries from 17th century Italian to 21st century tango. Daria plays with the San Francisco Opera Center Orchestra and is a member of the California Symphony, Sacramento Opera / Philharmonic and Fremont Symphony. Her baroque specialist training was in Europe where she toured extensively with the European Baroque Orchestra and studied with leaders in early music: Roy Goodman, Ton Koopman and Jaap Ter Linden. Daria performs with outstanding early music groups such as American Bach Soloists, Philharmonia Baroque, Magnificat and San Francisco Bach Choir. She has specialized in recitals with fortepiano, exploring repertoire of the 18th century. Since 2005 she has been a participant at the biannual Starling-Delay Symposium at the Juilliard School. Daria studied in Oxford, England with Kato Havas, and was a student of Isadore Tinkleman and Paul Hersh at San Francisco Conservatory of Music, and of Al Faruolo at Reed College.