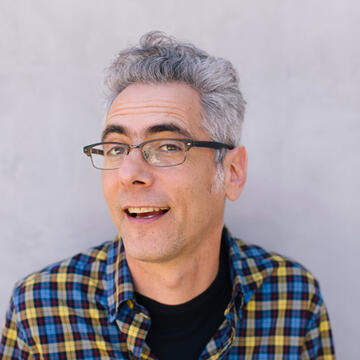 Professor Danny Plotnick roared into the underground film world in the 1980s. Fueled by his love of alternative culture, his films were infused with the DIY spirit of the times. His films have been shown at the MOMA in NYC, and on the Independent Film Channel and MTV.

As an educator, he was the director of education at The Film Arts Foundation for seven years, and he taught at the esteemed high school arts program California State Summer School For the Arts from 1995-2007. He was chair of the CSSSA film department from 2000-2007. He has also offered workshops at festivals worldwide, and taught at SF University High School, San Francisco State University, and The California College of The Arts.

In summer 2020, Plotnick published Super 8: An Illustrated History, a coffee table art book about the history of Super 8.