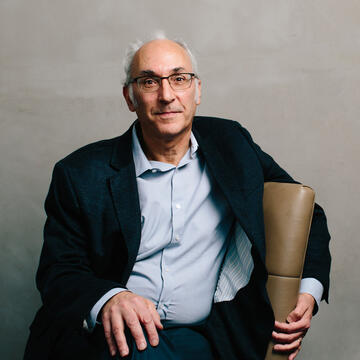 Brian Weiner received his BA from Princeton University, and his MA and PhD from the University of California at Berkeley. He specializes in political theory (from the ancients to contemporary theory), American political theory, and public law. He teaches courses in the areas of political theory, law, and American politics. Professor Weiner also teaches Literature and Political Thought and Democratic Theory and Democratic Transitions. He is a member of the Honors Program in the Humanities, where he teaches a course on the Enlightenment (From Baroque to Enlightenment). He also serves as a Pre-Law Advisor and faculty sponsor of the Student Pre-Law Society. Weiner was the recipient of the 2003–04 University Distinguished Teaching Award.

Weiner's book, Sins of the Parents: The Politics of National Apologies in the United States, was published by Temple University Press in 2005. The book examines the political and legal issues raised by recent attempts by the U.S. government to redress past wrongs. Weiner has presented papers at the American Political Science Association Convention, the Law & Society Convention, and the Western Political Science Association Convention on the Hawaiian Sovereignty movement, Japanese American Redress Movement, the political theory of Thomas Jefferson and Abraham Lincoln, the political theory of Hannah Arendt, and the "emotional jurisprudence" of Harry Blackmun.