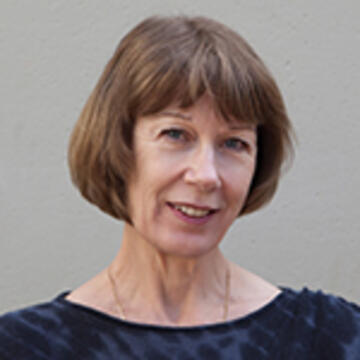 Anne Mairesse is originally from France. She grew up in the infamous suburb of Paris called Sarcelles, until her family finally “made” it to Paris when she was a teenager. With a lot of catching up to do, she embraced the culture and the arts and all that Paris could hold, while developing an acute sense of social and political consciousness, which served as a frequent reminder of the background that instructed her most. She had a passion for old and new avant-garde films, and spent a lot of time at the Cinémathèque, like a home away from home, a place where she entered French intellectual circles, which led her to the discipline of Academia.

While studying for her Master’s at the University of Paris, she also worked at the Pompidou Center, and decided to leave her "very desirable job" to pursue a doctoral degree.  Instead, she applied for a grant from the French government of foreign affairs to study abroad, and was admitted to Columbia University. She moved to New York, fell in love with the city, and the United States became her permanent home!

While a Preceptor in the French Department at Columbia University for five years, Anne Mairesse went on to earn her doctoral degree in French and Comparative Literature. She joined USF as an Assistant Professor in 1992. In 2001, Professor Mairesse earned her H.D.R. in Letters and Human Sciences (Habilitation à diriger la recherche en Lettres et Sciences Humaines) a post-doctoral degree based on research and publications.

Professor Mairesse’s literary research has focused on the work and legacy of French poet Paul Valéry with a strong emphasis on his Notebooks, as means to investigate a unique form of writing and a thought process that instructs, through a vast array of disciplines and subject matters, the central question linked to the working of the human mind, its modes of creativity, its potential, and its limits. Her book, Figures de Valéry, was published by L’Harmattan in 2000.

However, rather than researching the mind of a dead poet and deciphering his complex writings, Dr. Mairesse quickly recognized that since her primary job was in the classroom, she could instead apply her research skills to educate the minds of students. She also realized that students’ writings could, at times, and for a variety of reasons, be just as challenging and complex, but in dialog, far more gratifying!

Professor Mairesse’s teaching philosophy is based on reciprocal and exchangeable positions, from teaching to learning, from learning to teaching, which engages both the learner and teacher on equal terms, with similar responsibilities including that of understanding a culture, literature, art and film from someone else’s standpoint as well as one’s own.

Professor Mairesse’s research interest with a cross-disciplinary focus on linguistic, philosophical, psychological and social issues was the impulse for creating the program in Comparative Literature and Culture at USF. However small, it has grown steadily over the years and is home to the creative and independent minds of students who enjoy literature, are interested in the intellectual challenge of analyzing texts, and want to become better readers and writers of the world they will contribute to shape.

While developing the CMPL program and its curriculum addressing diverse and sometimes sensitive issues encountered in courses such as “Cultures in Conflict,” or “Literatures of the Body,” Professor Mairesse pursued her research about the human-animal relation, and created two seminars about the representations of animals in literature.

As a result, when Professor Mairesse enjoys the company of her cat, she is aware that it stems from an œdipal complex, (philosophers Deleuze and Guattari said so), therefore, she loves him knowingly. When not in the classroom or at her desk, she enjoys other challenges like a good tennis game that defies all thinking process.