Not content with surviving a life-threatening addiction, Julia Nelson ’19 is determined to thrive

Julia Nelson should be dead, according to her at least. And by any account, that she’s alive is pretty amazing. That she’s graduating with honors from USF this May is pretty incredible. And that she was selected as the 2019 recipient of the Dean’s Medal for Excellence in the Arts is pretty much a miracle — a miracle made possible by the way she took a hard look at her life and made a decision, almost seven years ago, to turn it around.

Sometimes I think to myself that I shouldn’t be here, but I’m using that feeling as fuel to create a life that will be of service to others.

Nelson grew up in Santa Barbara with her mother, in a grittier section of town than what’s shown in travel brochures. Her mom was a single parent in nursing school who supported herself and her daughter with wages and tips from waitressing, and was a caring, present mother despite the time she had to devote to work and school.

But from an early age, Nelson never felt comfortable in her own skin, never felt like she fit in with the kids at school. She couldn’t pinpoint why she felt that way, and she couldn’t shake the feeling. “I remember wondering in second grade if all the other kids hated themselves as much as I did,” Nelson said.

A Taste of Release

The first time she tasted alcohol, it was offered to her by boys in her neighborhood who didn’t seem to be in school much and who always had beer on hand. She was almost 12, and for reasons she doesn’t remember now, decided that she had nothing to lose by taking a sip.

“I remember feeling totally at peace after a few sips, for the first time in my life,” Nelson said.

It was also the first time she blacked out. The next day, she couldn’t remember how she’d gotten home, but she did remember that feeling of bliss — and she couldn’t wait to drink again.

From there, Nelson began a freefall that would last for several years. She was smoking pot every day by 13, stealing money for drugs like cocaine, Ecstasy, and Adderall by 14, and selling drugs for a neighborhood supplier by 15. That supplier and his associates, all grown men who lived nearby, enabled her addiction and subjected her to the abuse that would characterize her teenage years.

At 16, after Nelson was being brought home frequently by the police, her mom had had enough. Desperate to save her daughter and seeing no other option, Nelson’s mother sent her to live with family friends in Hawaii. 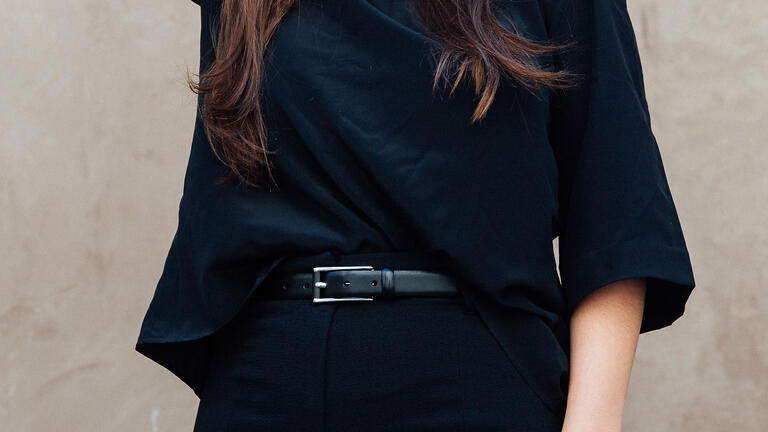 Far from being the fix her mother had hoped for, living in Hawaii sent Nelson into a tailspin. Her drinking accelerated and her drug use spiraled. After falling into a ditch while running from the police and breaking her ribs, she decided she had to go home to Santa Barbara.

“I wasn’t just broken physically; I was broken spiritually and mentally,” she said. “I had to leave.”

Once home, she couldn’t shake the memories of her darkest period yet, at least not without drugs and alcohol. She fell right back into the familiar pattern, and before long a family member noticed her picture in a local paper. She’d been caught on a surveillance camera helping to commit a burglary she didn’t remember. A lawyer advised her mom that Nelson had one decision to make: rehab or jail.

In rehab, Nelson heard versions of her own story come from the mouths of fellow patients. For the first time in her life she felt understood, by people who identified with that second-grader who hated herself because she never quite fit in. She realized that there were three options left for her: sobriety, death, or prison. Nelson chose door number one.

After leaving rehab, she enrolled at Santa Barbara Community College in 2014, where she had to learn for the first time how to be a student. After a shaky start, she realized that she was devouring her textbooks — there was an entire world of knowledge out there for the taking, and she couldn’t believe how lucky she was to have access to it. She aced all her classes and, inspired by the school’s dedication to social justice and helping the underdog, applied to USF. She enrolled as a junior psychology major in 2017.

As a Don, Nelson has continued to excel, earning straight As (with the exception of one B that still irks her) and a place on the dean’s list every semester. She’s worked for the past year as a research assistant in the Department of Psychology, and presented her research on foster youth at three conferences this semester.

On April 17, she was informed by Dean Marcelo Camperi of the College of Arts and Sciences that she had been chosen to receive the Dean’s Medal, the college’s top award. It will be presented at a luncheon held in her honor on May 10.

“Anyone who has the opportunity to have a conversation with her will know in 30 seconds why she earned this award. She is an inspiring person, grounded in perspective and humility, and capable of true excellence,” said Assistant Professor Saralyn Ruff of the psychology department.

I’ve been so lucky with the opportunities I’ve had, both in life and here at USF. Our social justice mission is one I’ll try to fulfill for the rest of my life.

Contributing to policy change in the criminal justice system is her main objective, and she’s deciding whether her long-term goal is to do that by earning a doctorate and conducting research that helps change the system, or by earning a master’s in social work and serving as a therapist to those who are caught up in the system.

Her short-term goal is very clear, however: she’s going to hug her mom after she receives her diploma on May 18. 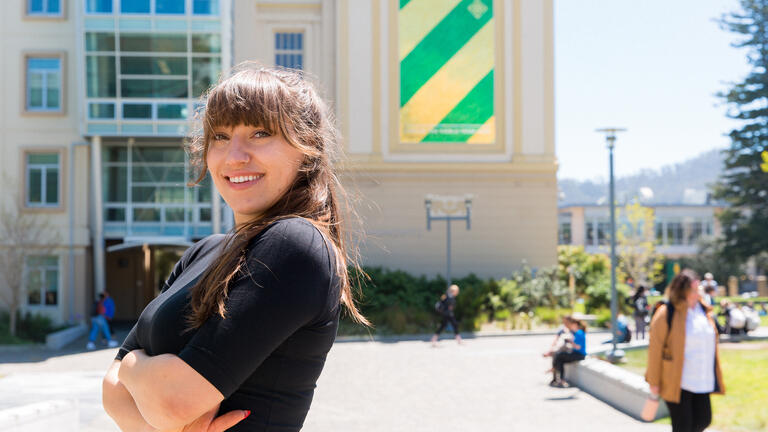 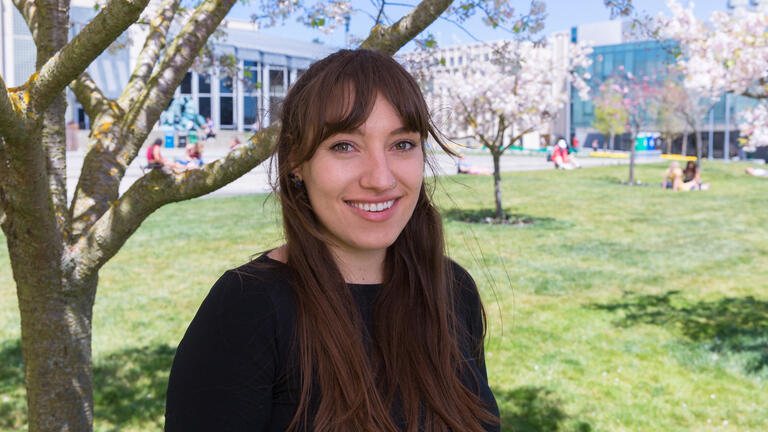