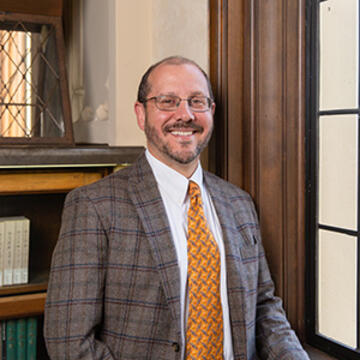 Professor, Director of the Center for Law and Ethics

Professor Joshua Paul Davis was the School of Law's associate dean for academic affairs from 2013-2017, during which he oversaw the law school's academic programs and was responsible for curricular and program developments and implementation. Davis focuses his scholarly research on complex litigation, ethics, and the interplay between the two. As director of the Center for Law and Ethics, he leads panels, organizes symposia, and undertakes research exploring these topics. Davis is active in law reform, serving from 2001 to 2004 as the reporter for the committee that drafted California Supreme Court Rules 964 to 967 on multi–jurisdictional practice and testifying before United States Congress regarding the pleading standard in federal court. Davis also writes extensively about antitrust and free speech law, and is on the board of the American Antitrust Institute.