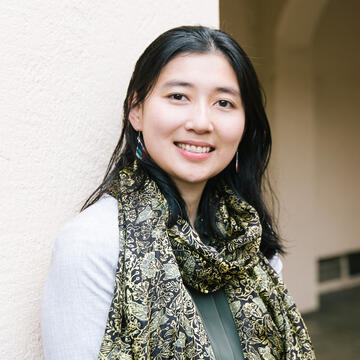 Quỳnh N. Phạm is an Assistant Professor in the International Studies Department. She received her PhD in Political Science at the University of Minnesota, with a double focus on international relations and political theory. Her research and teaching interests include global inequalities, forms of violence, decolonization, and the politics of imagining Asia. Her scholarship attends to conditions of domination as well as subaltern endurance and dissent in the contexts of colonialism, war, and patriarchy. Her most recent publication, Meanings of Bandung: Postcolonial Orders and Decolonial Visions (co-edited with Robbie Shilliam), revisits the Asian-African Conference in Bandung in 1955 to reckon with how the affinities, visions, and projects of decolonization forged in the 20th century continue to shape world politics today in significant ways.

Her current research project investigates the global devaluation of peasants, subsistence agriculture, and rural life. She also examines peasants’ articulations and practices of world-making in their struggles against systemic displacement and in their cultivation of alternative political, economic, and ecological relations.