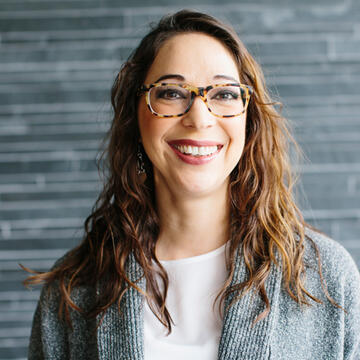 Lindsay Gifford is an Assistant Professor of International Studies and Anthropology, and she is currently the faculty adviser for the culture, societies and values track for the International Studies major. Prof. Gifford holds a PhD in Anthropology from Boston University, a BA in Anthropology from CSU Northridge, and is a graduate of Middlebury College’s Arabic Language School, as well as Damascus University’s Arabic language program in Syria. She was a Minority Postdoctoral Research Fellow for the National Science Foundation at both the UCLA Department of Anthropology and the American Center for Oriental Research (ACOR) in Amman, Jordan. For her dissertation research, Prof. Gifford held a Fulbright-Hays Doctoral Dissertation Research Abroad Fellowship in Damascus, Syria and a Dean’s Fellowship at Boston University. Prior to arriving at USF, Professor Gifford taught courses at UCLA, Scripps College, and Boston University.

Prof. Gifford specializes in cultural anthropology of the Middle East, particularly Syria, the greater Levant, and Iraq. She has conducted fieldwork in Syria and Jordan and travelled extensively throughout Syria, Jordan, Lebanon, Israel, Palestine and Turkey. Her current research is focused on Middle Eastern refugee experiences of violence, flight and resettlement in the Middle East/ North Africa region, as well as in Europe and the United States. In her postdoctoral work, Prof. Gifford used mixed methods to investigate spatial patterns of violence in Baghdad combining empirical data with qualitative refugee perceptions of violence. She is currently working on a book manuscript examining the ethnographic contours of everyday life in Damascus, Syria under the Assad regime and the ways in which those dynamics contributed to the outbreak of the Syrian uprising and Civil War, as well as how those patterns have been affected by current country conditions.

In her work with Middle Eastern refugees, Prof. Gifford has partnered with international and community organizations such as the International Rescue Committee and Jesuit Refugee Services, as well as observing operations performed by the UN High Commission for Refugees (UNHCR) and the International Organization for Migration (IOM). Prof. Gifford remains active in the refugee community worldwide and here in the US, particularly through volunteering with Middle Eastern refugee families resettled in California. She is also a member of the International Rescue Committee’s Northern California chapter of GenR, a network of young professionals committed to refugee rights.