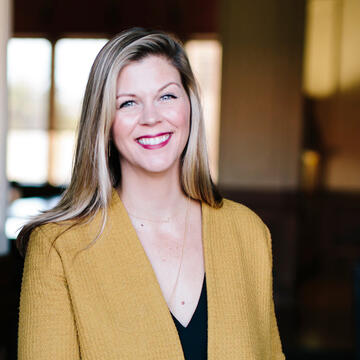 Kristin Stimpson's academic and research background is in communication and rhetorical studies. Specifically, her research focuses on the connections between rhetoric, style, and systems of power. Professor Stimpson edited two editions of the textbook, Professional Communication Skills and her work is featured in several scholarly collections including The Politics of Style and the Style of Politics, Clockwork Rhetoric: The Language and Style of Steampunk, and Niche News: The Politics of News Choice. Her most recent work titled, “Gentrification by Design: Rhetoric, Race, and Style in Neighborhood ‘Revitalization’” focused on rhetoric and gentrification in Austin, TX.