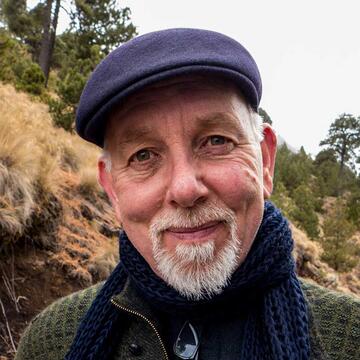 Chris Carlsson is a writer, San Francisco historian, professor, bicyclist, tour guide, blogger, photographer, book and magazine designer. He has written two books (After the Deluge, Nowtopia) edited six books, (Reclaiming San Francisco, The Political Edge, Bad Attitude, Critical Mass: Bicycling’s Defiant Celebration, Ten Years That Shook the City: San Francisco, 1968-78 and Shift Happens! Critical Mass at 20), and co-authored the expanded second edition of Vanished Waters: The History of San Francisco’s Mission Bay. He helped co-found Critical Mass in September 1992, and has ridden with Critical Mass rides in a dozen cities on three continents since then. His book Nowtopia, along with his role in Critical Mass, has propelled him into extended world travels since 2002, and he has had three of his books translated and published in Italy and one in Brazil. He has directed Shaping San Francisco since its inception in the mid-1990s, and continues to be co-director of the archive of San Francisco history at FoundSF.org. He also conducts award-winning bicycle history tours a dozen times a year, and hosts an ongoing Public Talks series in San Francisco.