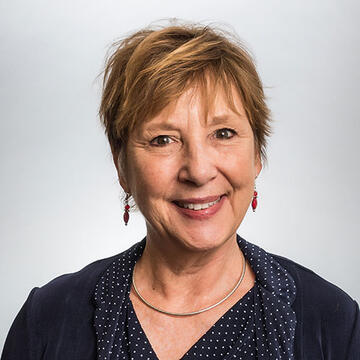 Candace (Candy) Campbell is a committed and experienced academic leader serving as Professor of Nursing at the University of San Francisco. She provides leadership in research, education, and service as a valued contributor to the School of Nursing and Health Professions. She serves the university and community by developing and delivering presentations in connection with advanced interprofessional communication techniques in healthcare and education. Dr. Campbell demonstrates a passion for teaching, collaborating, developing communities of practice, and establishing evidence-based outcomes for learning and healthcare technologies. She is an international speaker, award-winning actor, author, and filmmaker.

Research and Other Interests:
Dr. Campbell's research interests include public health policy, clinical topics within the maternal-child arena, as well as the educational application of simulation and medical improv. Candy's nursing career (of nearly 40 years) spans many specialties, including psych, ICU/CCU, LD, home health, and NICU. She has been an educator in every hospital she ever worked.

This is Dr. Campbell's 10th year as a SON faculty. She enjoys working with students and assisting them in learning research methods in a fun and interesting way.

Service to the Profession

ANA/C’s Legislative Committee. (Advocated in Sacramento and DC for specific bills when called/inspired to speak as HC or subject expert.)

AWHONN’s Editorial Advisory Board of for one journal and one magazine (since 2012).

Service to the Community

2015: Elected to Distinguished Fellowship in the National Academies of Practice (NAP)

2011-2017: Appointed, Board of Directors, Options For Women of California